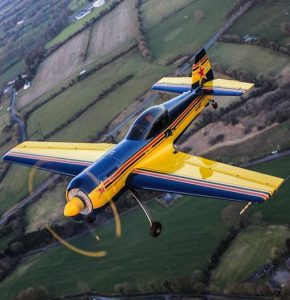 An exceptional Sukhoi 26M that we sold when brand-new from the Sukhoi factory to Italy and then subsequently to three other owners, so we have known it throughout its life.

The 26M is arguably the best single-seater Sukhoi since it is lighter than either the MX version with integral wing tanks or the later SU-31. However, for some, only having the fuselage tank of 65 L can be restrictive, but this one was fitted when new with an additional 40 L fuselage tank to give 105 L of internal fuel and of course the 125 L detachable belly tank with quickly detachable fittings. In addition the fuel system has been greatly improved with a cockpit control giving the pilot the ability to choose between each of the three fuel tanks. 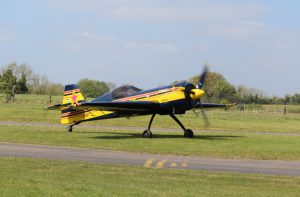 Importantly, EASA has given “restricted certification” to a small number of Sukhois, of which this is one, which enables it to continue to fly indefinitely within Europe. Because these numbers are small, there’s no doubt that both aircraft with EASA certification will increase in value. 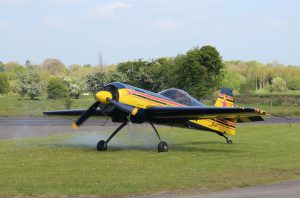 Sukhois in Europe require a “Lifetime Extension” every 6 years on a repetitive basis and this was successfully completed in 2019. It is currently having a new annual inspection.